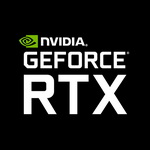 The Road and Rail Sound Enhancement Pack brings forth many realism fixes that have been needed for a long time for Train Simulator. Some of the issues corrected by this pack have been present since the original incarnation of the game, Rail Simulator, which is now six years old.
The choice of which enhancements you want to install and to which DLCs etc you want to install them is entirely yours, as each one has an .rwp for each DLC (and the core game) that you can apply individually. Each one will work totally independently, so there is no need to install any requirements for any of the fixes. We find ourselves at a point where we need to do a sound pack or two to fill a production gap. Here's your chance again to influence what we produce next. What would you most like a sound pack for? Please choose from the below options:

The Fowler 4F Sound Pack has just been updated with the following new features:

- 4F snow plow variants updated with all the new features. Also includes an updated script that ensures that the snow low visually clears snow, ONLY when there is snow on the ground!

Thanks as always for your contributions smallhost

Yet another pack by SSS released